Your Telecom and CPaaS Blog

A year or two ago, we did a comprehensive overview of VoIP fraud including what it is, how to prevent fraud damage, and even what the average attacker is thinking. After a glance at recent research, however, we think it’s time to bring this topic back to the table.

According to Forter’s 2016 Fraud Attack Index, the number of fraud attacks on domestic holidays has increased by an unbelievable 79 percent between Q4 2015 and Q4 2016. From retail to hospitality to the food and beverage industry, there have been notable increases in domestic holiday attacks across the board. Holiday and weekend fraud is common, as attackers hope they’ll catch businesses during off-hours and, thus, be less noticeable.

When it comes to VoIP fraud, there are several ways organizations can be affected: traffic pumping, PBX hacking, toll fraud…the list goes on.

Here are five ways to avoid them all:

1. Differentiate your password: Thirty-five percent of people today still have weak passwords, and while the other 65 percent may not have passwords that are considered weak, they are still considered crack-able. Be sure to only use strong PBX/extension passwords; a creative combination of capital letters, lowercase letters, numbers, and special characters. Never leave any default passwords intact or rotate through passwords.

2. Use session border controllers or firewalls for an added layer of protection: Whichever solution you choose, make sure it can detect and block specific IP addresses outside of your network.

3. Secure your PBX: Ensure only trusted users can access your PBX by blocking outside connections. Only those who need to use the service should be able to make calls.

4. Use a Fraud Detection service: Yes, there is such a thing as a fraud detection solution, and you need one. Among many reasons why is the ability for customers to be automatically notified of fraud incidents so that they can begin taking necessary next steps.

5. Update your devices: Many PBX manufacturers issue software or firmware updates to continuously improve vulnerabilities. Do yourself a favor and stay up-to-date with the latest versions to minimize both domestic and international fraud risk.

Want more ways to avoid VoIP fraud? Check this out.

Do you want to chat about securing yourself from VoIP fraud? Click the button below and let's get started. 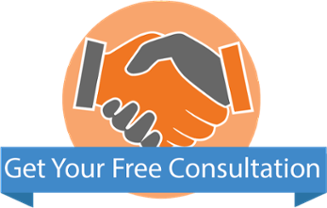